Apple cider vinegar has been used since ages for its medicinal properties. It is made by combining apples with yeast, which creates alcohol and is later fermented into acetic acid by adding bacteria. Not just this, the drink contains water, minerals, vitamins and trace amounts of other acids.
What has made apple cider vinegar popular?

Apple cider vinegar has shown powerful results for weight loss, which has made the drink extremely popular. It also helps in curing various problems like type 2 diabetes, eczema and high cholesterol. People prefer to have a drink at different times of the day. Here in this article, we will tell you what is the right time to drink this magic potion.

How apple cider vinegar can help with weight loss?

It is said when one is trying to lose weight, they must have the drink right before having the meal. This keeps them fuller and stops them from overeating. It also helps in breaking down the starches that you eat after drinking it. The thing to make sure is never to have apple cider vinegar without diluting as having it alone can damage your esophagus and teeth.

To start with, you can take a glass of water and add not more than one tablespoon of apple cider vinegar to it and see how you feel after having it.

If you feel light and better, you can continue having it.

Again, there are various controversies about drinking apple cider vinegar before bedtime. Some experts believe that having it at night can help drop the blood sugar levels, while some claim it can improve your sleep if you consume it with hot water and honey.

Having ACV at night is also said to help relieve any soreness in the throat as it is antibacterial in nature. So, if you are prone to tonsilitis, you might have found your best friend.

Drinking apple cider vinegar before bed also prevents you from having a stinky morning breath.

How much apple cider vinegar should one consume daily?

According to a 2016 study, drinking 15 millilitres or a tablespoon of apple cider vinegar is enough for a person to obtain its potential health benefits.

However, the exact amount depends on the condition that someone is trying to heal with the drink. A person must talk to their doctor before making ACV a part of their regular diet as it might interact with some medication.

Here are three common health conditions that ACV may help manage and the recommended dosage.

A 2017 study found that people who drink ACV have lower levels of glucose in their blood after a meal. This holds true for people with or without blood glucose disorder.

A 2004 study found that ACV can help improve postal insulin sensitivity in people suffering from insulin resistance. Experts say the acetic acid in apple cider vinegar may have similar physiological effects to those of diabetes medications acarbose and metformin.

No matter the benefits, a person should never replace their regular diabetes medication with apple cider vinegar.

The benefit for which apple cider vinegar is consumed the most is weight loss. A study conducted in 2014 examined the effects of apple cider vinegar on people suffering from obesity and looking at the following parameters – their body weight, body fat mass and levels of fat in the blood.

The researchers divided the people into three groups, where each of them drank a 25 ml beverage twice a day, after breakfast and after dinner. The drink had 0 ml, 15 ml or 30 ml of apple cider vinegar.

It was found that people who consumed apple cider vinegar, lost one-two kilos during the study, which was three months. A reduction of the BFM and blood lipid levels was also seen.

Experts concluded that a reduced calorie intake combined with ACV can help improve the health outcomes in people suffering from obesity and overweight. However, more studies are being done on the same subjects to confirm the finding.

PCOS is a condition that affects the functioning of the female ovaries. It can cause an irregular menstrual cycle and reduced fertility.

The condition is becoming a common cause of infertility among women with affecting 1 in 10 women.

It was found that ACV can promote ovary function by improving insulin sensitivity in females.

Drinking it right after having a meal

Drinking ACV right after a meal can delay digestion. Thus, it’s best to have it before a meal or empty stomach to maximise its health benefits.

Breathing ACV can cause harm to your lungs, One must avoid sniffing it that can cause a burning sensation in your lungs.

It’s absolutely important to dilute ACV before consuming it. Having it straight can harm your teeth and esophagus.

Having too much of it

Drinking too much ACV can be dangerous for your body. It can cause a burning sensation and can have various other side effects.

Applying it on skin

Applying ACV directly on your skin can cause burning sensations. So, one must dilute ACV before applying it on the skin.

SOURCE
THE TIMES OF INDIA : HEALTH

Sat Jan 2 , 2021
The Peninsula Doha: Artist Muntaha Jameel Slat, a resident of Qatar, secured first place at the London International Art Forum, and won the International Arab Group Prize and the title of the best Arab artist in the world for the year 2020, in the category of realist art. The closing […] 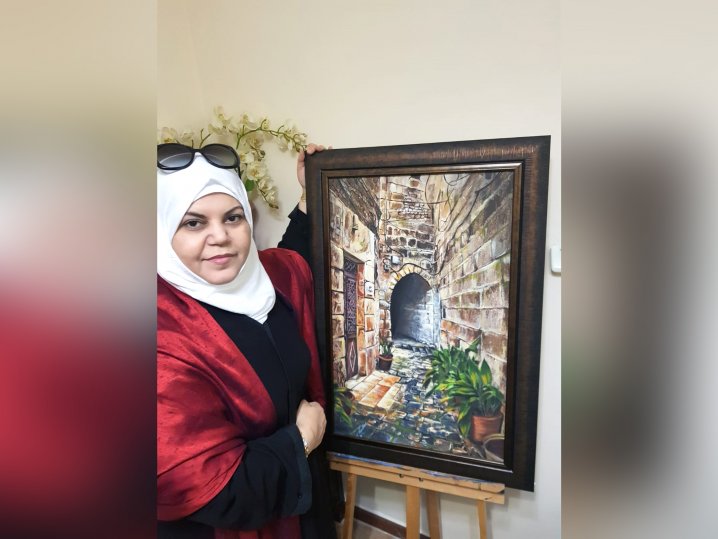