By Fawad Hussain I The Peninsula

The final meet, which attracted 27 World and Olympic medalists, featured thrilling performances on the track and field to provide a fitting end to the coronavirus-affected season.

The trio cleared 5.82m – a meeting record –  but the Swede won for clearing the height on his first attempt, with his opponents needing all three to get over. The battle finished when Lavillenie and Kendricks failed in all their attempts at 5.92m with Duplantis also failing twice.

The 20-year-old won all 16 of his meetings in 2020 as well as twice breaking the world record and producing the best-ever outdoor jump of 6.15 metres.

“It´s been a fantastic season and I enjoyed sharing the moment tonight with the guys. I enjoyed the jump and the rivalry with Sam. It’s been fun with him as we have always got back at each other,” said Duplantis.

“It’s been a roller-coaster year sort of. I broke the indoor world record earlier in the year and I was enjoying the season but all of a sudden the pandemic came and everything shut down and no one knew what will happen next. It’s great back and I hope things keep improving,” he added.

Kenya’s Hellen Obiri celebrating with her time after winning the women’s 3000 metres during the Doha Diamond League 2020 at the Qatar Sports Club Stadium yesterday.

Obiri raced to win in 8:22.54 – a world leading time, with Tirop taking second place with a time of 8:22.92. Chepkoech came third in 8:22.92, confirming the all-Kenyan podium finish.
Jamaica’s Thompson-Herah registered her second consecutive win in women’s 100m in as many weeks, clocking 10.87, a little short of her world leading time of 10.85, she set in Rome last week.

“It’s been wonderful been here in Doha, and I want to thank the organisers for putting together such a great event. I am happy to win but my major focus is to finish the year healthy. Preparations for the Olympics is the next on my agenda and it begins in earnest,” said a jubilant Thompson.

Jamaica’s Elaine Thompson-Herah on her way to win the women’s 100 metres.

Also, reigning 1500m world champion Timothy Cheruiyot made a successful ‘international debut’ in 800m, winning the contest with season’s best time of 1:44.16. The Kenyan outpaced an impressive Elliot Giles, who clocked 1:44.56 for a second place with Wyclife Kinyamal securing the third spot in a time of 1:45.68.

“I am happy to win tonight and end the season on a high note. The pandemic has affected the season but everyone had to adapt,” said Cheruiyot, whose world title also came in Doha last year.

“I am happy to make Qatar proud here tonight and I thank everyone for their support. It has been a tough season but it is good to be back on the track doing what I loved to do best,” said the Qatari sprinter.

“I am happy to win here in Doha considering this is my second 800m race after about three years break. I wasn’t really expecting to win, and that’s why I am very surprised not only with the win but with my record here tonight. It’s a great feeling,” said Kipyegon.

“I wasn’t in the best of shape coming into this race but to win tonight is something I am very delighted about. I just wanted to race again considering how this season has been. I am happy to be heading home with a win in Doha,” said McSweyn.

The women’s 100m hurdles was dominated by American entries with Payton Chadwick clinching the title with an electric time of 12.78, followed by her compatriot Taliyah Brooks (12.86), Britain’s Cindy Ofili was third in 13.02

Sun Sep 27 , 2020
Breathing new life into old things is a particular talent of today’s luxury Swiss watch industry. The formula is simple. Take something from the past, adopt it for the tastes of today, and make sure when people see it they aren’t quite sure what era it was made for. Breitling’s re-launch of […] 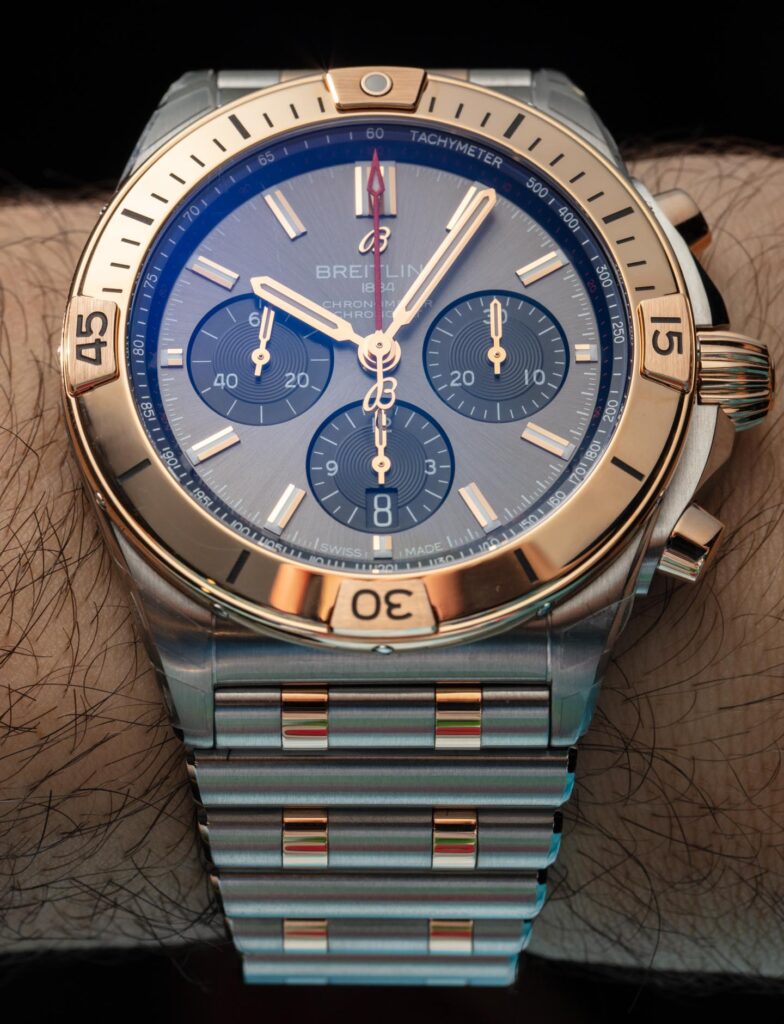