The solidarity rally which was called by the International Union of Muslim Scholars (IUMS) was attended by prominent figures, citizens, and a large number of Palestinian and other expatriates living in Qatar.

The demonstrators — men, women, children, and the elderly — waved the Palestinian flags and displayed placards inscribed with slogans — Free Palestine! and ‘Defend Gaza’. They chanted slogans in praise of Qatar and its continuous support to Palestine.

The demonstrators called for the international community to hold Israel accountable and put an end to its aggression on Palestinian land and its people.

Addressing the gathering, Dr Ismail Haniyeh appreciated H H the Amir, Qatari government and the people for their support to Palestinians. He said that the conflict between Palestine and Israel has been over Al Quds and it will remain for coming generations who will keep resisting.

“We told them to not play with fire. Al Aqsa Mosque is our Qibal and identity,” said the Hamas leader.

“We warned them repeatedly not only with words but through uprising and resistance. We told them in the holy month of Ramadan and they were planning to penetrate Al Aqsa Mosque and displace residents from Sheikh Jarrah neighbourhood,” said Dr. Haniyeh.

Talking to The Peninsula, Ambassador of Turkey said that Turkey is supporting Palestine. “Palestinians are not alone, Turkish people are with them. This message I would like to convey to my brothers in Palestine,” said the Ambassador.

He said that the history witnessed that Turkey has been with Palestinians and it will remain supporting them.

Sheikh Suhaim bin Ahmad bin Sultan bin Jassem Al Thani said that the stand of Qatar is related to solidarity with Palestinians and to protect their rights in Qatar and abroad.

Secretary-General of IUMS said: “We have gathered today at this great land of Qatar for the victory of Al Aqsa Mosque.”

He said that the Israeli occupation forces carried aggression which is still continued damaging the sanctity of the mosque but Palestinian people are defending it. “We get together to support the dignitary of Palestinians who are facing aggression by Israel which killed many innocent people,” said Dr. Al Qaradaghi.

He said that people in Qatar including prominent personalities, Islamic scholars are supporting Palestinian cause and Al Aqsa Mosque.

“We can scarify our souls for the support of Al Aqsa Mosque and it is obligation for all of us to defend it,” said Dr. Al Qaradaghi. He denounced the Israeli aggression against Palestinians — in Gaza, West Bank and in other parts of Palestine.

Ambassador of Palestine said that people from Qatar staged an excellent solidarity stand in support of Palestinian people and defending their rights.

He said that Palestinians thanked Amir H H Sheikh Tamim bin Hamad Al Thani and Qatar’s government and people for their great roles in supporting Palestinians’ rights at all forums which made Qatar a role model for defending the rights of deprived and suppressed of people of Palestine.

Sun May 16 , 2021
Overeating can harm our health in ways more than one. It can rupture the stomach and can cause changes in the overall body composition. The study published in the American Journal of Physiology: Endocrinology and Metabolism says that overeating occasionally does not cause any side effect but if done regularly […] 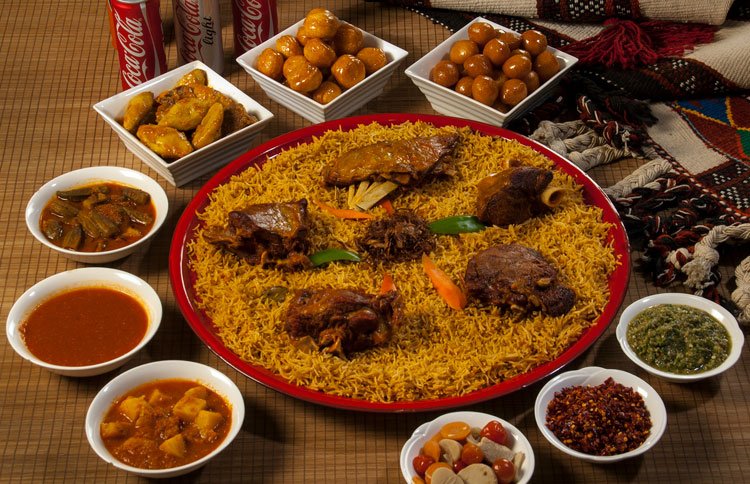