Each weekend in the winter months, families cram their four-wheel drives with camping gear and travel to the deserts.Dune bashing and camping under a canopy of stars are weekend highlights for many. As is lazing on the sandy shore of the Inland Sea — a beautiful, wild shoreline where the rolling desert sands meet water.”It’s a big thing because it’s a family occasion, especially when you come with a culture that really values family, those kind of events that bring everyone together in a different setting is really exciting.

The large camp grounds in the north are reserved months in advance. There are a minimum of three tents — two for sleeping and one a Majlis, their living room.In the middle of the camp, overlooking the sea, is the fire pit. There is privacy and freedom here for families.”The nights are long and under a dark sky the constellations move around you,” says Abdulla. “You’re so far away from the city that if you sit still not a sound is heard. Just peaceful silence.”Nights are often the best time in the desert with a cosy camp fire and a canopy of stars.No desert is exactly the same in Qatar — its purpose and terrain vary greatly.Southwest of the capital you can experience the natural phenomenon of the Singing Sand Dunes.

This group of crescent-shaped dunes hum from the grains of sand that slide down its slopes. The sound reverberates for miles.On the peninsula’s west coast huge formations of limestone rock have been shaped by the wind.The rugged landscape is hard and lunar-like.But for adventure you should head south to Mesaieed desert. Here there are no rules.On weekends the desert is heaving with upwards of a thousand vehicles all bashing the dunes. There are plenty of quad bikes, too.It’s one of the most extreme adventures involving sand on the planet.

Tourists try to drive the sand dunes themselves. Many have failed, getting stuck or lost, sometimes both. If you’re not a local or familiar with the desert, it’s best to hire someone with experience behind the wheel. The best time to go is first thing in the morning after a wind or sandstorm. There are no tracks, just fresh sand.”It’s nice to break the dunes when it’s clear, but it’s more risky.

You won’t know what’s at the top or sides.”Four-wheel drive adventures are popular with tourists and locals.Despite the extreme weather experienced drivers know exactly where each dune stands, even at night.”Since I came here nine years ago to this desert, these dunes are here. Only the shape changes, especially on the top,” says Jonathan.The view from the top is an endless stretch of dunes. They’re steep.

In less than a second you understand just how extreme it truly is. In one breath you’re anticipating what your driver will do next and hoping at the same time he doesn’t do it.Then before you finish a quiet prayer your vehicle is speeding down the side of a dune, sand spraying against your window because your 4×4 is virtually on its side.The gears shift from drive into first, the engine revving as quickly as your heart beats. Nature’s roller coaster is relentless, terrifying and awesome.Camel safaris offer a glimpse of traditional life aboard the “ships of the desert.When the dust clears and the tummies settle you end up at Khor Al Adaid, known as the Inland Sea, in the country’s southernmost point.Here’s where you understand why Qatar’s desert is truly special.

It is a UNESCO-recognized natural reserve with its own ecosystem.Plant life exists, and for the lucky few, a chance sighting of the desert fox and even wild camels.The Inland Sea is one of the few places in the world where the sea comes into the heart of the sand dunes.

The huge inlet divides Qatar from Saudi Arabia, providing a stark reminder of the current political times.Before too long, time is up and a meandering drive back through the desert takes you to the beach.On the shores of the vast Inland Sea, which infiltrates the desert, is the plush Regency Sealine Camp.Regency Sealine CampThrough frequent sand storms, strong winds, high tides and even rain appears a five-star resort camp for those who want to experience the desert, but not its elements.”It’s the first of its kind in Qatar,” says Hamdi Raheem, resident manager of Regency Sealine Camp.”It takes advantage of the exciting fusion of glamour and camping with a blend of traditional and modern comfort.”Step out of the sunshine and into one of their tents and it’s as though you are in a city hotel.There’s a large screen TV, Wi-Fi, phone, air conditioning and an en-suite bathroom. The floors are covered in traditional rugs and the bed — what a sanctuary.In the common area there’s a tent where buffets are served and a majlis for those wanting to relax indoors.During a night out in the desert, Doha could be a million miles away.Regency Sealine CampBut outside is where you want to be.Luxurious, curtained gazebos line the perimeter of the beach overlooking the sea.

It’s a sight to behold.It’s as though a line has been drawn separating the shallow turquoise water from the deep dark blue of the Gulf. The ocean is salty and buoyant and a refreshing escape from the desert heat. In the summer, it can get up to 50 degrees Celsius (122 F).After the sun goes down, a barbecue feast is laid, open fire pits are lit, and traditional dancers entertain.The magic in the desert, however, really happens at night.When the lights are turned off and the fire is out campers in the south and the north lie down under the same sky watching the stars align.The only sound that disturbs the silence is the tiny grains of sand blowing over the slope of the dunes.

Sat Sep 5 , 2020
Susana Cristina Silva Almeida is very famous Food Blogger on Instagram in Qatar. She has more than Eight Thousand followers on Instagram and her contents are attractive with awesome Food pictures and details makes u want try the best food in the city. Here she tries to express her view […] 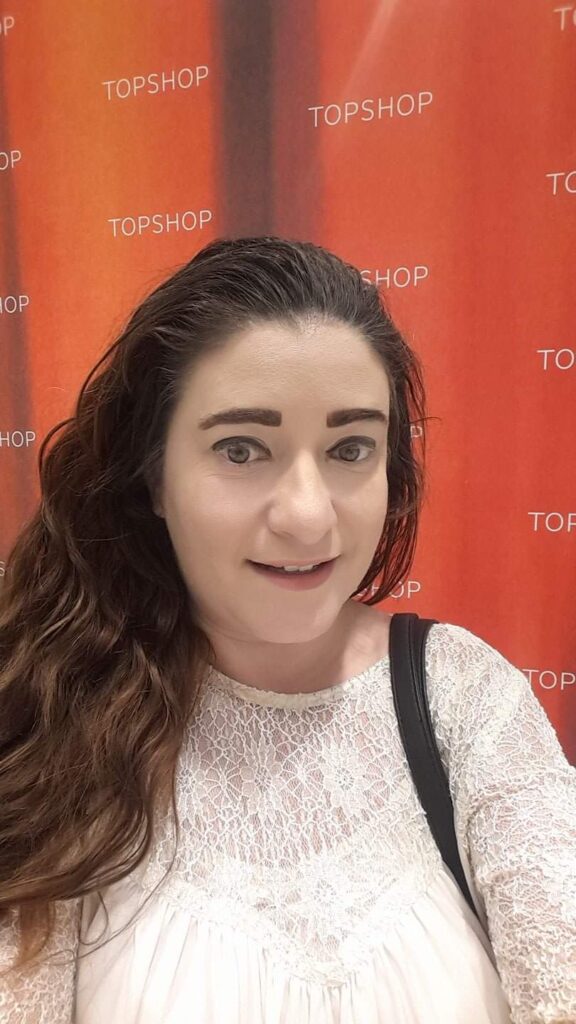