Hamad International Airport: Opened in 2014, Qatar’s airport has quickly established itself as the best in the Middle East and has challenged other global aviation hubs.Qatar  Standard advice says it’s best to get to the airport two hours ahead of departure time. Anyone flying via Qatar’s Hamad International might want to double or even triple that.Not because there’s any extra hassle getting through security at this gleaming, ultramodern facility. In fact, if you’ve signed up to its E-passport scheme, you’ll be through in minutes.Nope, it’s because you’re going to want to spend that extra travel time wallowing in what is probably the most luxurious airport on the planet.It’s possibly the coolest, too.Opened in 2014 with the ambition of turning the Arabian Gulf city of Doha into a global aviation hub serviced by Qatar Airways, HIA now handles more than 30 million travelers a year.But passengers walking through its beautiful hallways and lounges outside of peak periods could be forgiven for thinking they were the first to ever set foot in the place.

HIA’s swooping curves are designed to resemble waves.The destination is completely quiet, too. Beyond Islamic calls to prayer which are made five times a day, HIA is a silent airport.There are no jarring announcements to disturb the calm, and at certain times it’s so quiet you could hear a pin drop. Not that you’d find so much as a dropped pin in this hyper-clean place..The full HIA experience begins on the approach — currently only possible by road, but a rail link should open in time for Qatar’s 2022 hosting of soccer’s World Cup finals.It’s a majestic structure.Built on land reclaimed from the sea, the architecture reflects its coastal location with a rooftop that ripples away from the concourse in swooping peaks and troughs. An adjacent mosque resembles a giant blue droplet of water.Inside, departing passengers walk into a lofty check-in hall, illuminated in daytime by bright sunlight shafting down from scores of lozenge-shaped skylights.It’s here they’re likely to have one of their first encounters with the things that make HIA so unexpectedly cool — the artworks.

Even the shopping is luxurious at HIA. For standard passengers passing through, there are plenty of the usual airport restaurant and retail options, but also numerous upscale boutiques. Gucci, Burberry, Coach, Rolex, Swarovski are all here.Want to just flop in a chair? Even the communal area seating is fancy — all Italian-style chrome and leather.Can’t be bothered to stand on the moving walkways to reach your gate? There’s a futuristic indoor train to speed you there even faster.

There’s a fantastic airport gym too — open to any passengers who want to book themselves in for a session. It has an inviting 25-meter swimming pool, a full range of workout equipment, two squash courts (although these may get turned into a golfing area), plus hydrotherapy and spa treatments.The sports facility is attached to HIA’s Oryx Hotel, a 100-room transit accommodation that matches the rest of the airport for quality and cleanliness. Guests can check in, for eight hours or longer, to standard rooms or larger family suites with five or six beds. Passengers lucky enough to be flying business or first class with Qatar Airways are in for the real treats.The biz class Al Mourjan lounge is the kind of place some weary travelers will probably have to be dragged out of in order to make their flight.This place is as big as it is luxurious. It measures 10,000 square meters, including Instagrammable water features, and has capacity to handle up to 1,000 passengers at a time.It’s still quiet though, with the atmosphere of an exclusive club. Guests can sit at individual tables equipped with tablets that offer departure info to ensure they don’t miss their flight.There are showers, sleeping booths, private rooms for families, a games area equipped with X-boxes and a fussball table, facilities for business meetings, Mecca-facing prayer rooms and a nursing area for new moms, complete with milk-warming facilities.Inbound business class travelers can also make use of a separate arrivals lounge, with it’s own private immigration desk.

Gateway to grandeur: Al Safwa lounge reception. First class Qatar Airways ticket holders can hustle over to the other side of the main lounge and ride the escalator to airport nirvana — the Al Safwa lounge.Designed to closely resemble Doha’s prestigious Museum of Islamic Art (the work of renowned architect I. M. Pei).With capacity for 530 people – there’s enough room to escape.Guests enjoying a few hours can make themselves comfortable in cubicles equipped with chairs.They can dine in style with a four-course menu accompanied by fine wines drawn from a wine cellar worthy of a French chateau.If they want to catch a movie, there’s a private cinema. If they want to sleep, there are private bedrooms that can be booked for four-hour slots.Best of all, there’s a beautiful spa straight out of a seven-star resort.

Those taking advantage of its tranquility may struggle to remember they’re in an airport.None of these luxurious offerings have escaped the notice of aviation industry reviewers Skytrax.At its 2018 awards in Stockholm, the UK-based organization named HIA as the best airport in the Middle East for the third year in a row. It also bumped it up its global rankings, based on passenger surveys, from sixth to fifth place.While recent regional sanctions against Qatar have closed off some air routes, potentially dulling its appeal as an aviation hub, HIA has its sights set on further success.It expects to welcome 50 million visitors annually by 2022.”Although being one of the youngest airports in the world, HIA joined the ‘top tier of global airports,’ becoming the sixth airport in the world to receive the ‘5-Star Airport’ designation by Skytrax,” says Al Meer.”HIA’s ambition in a nutshell is very clear: we aim to become the world’s best airport by providing the best passenger journey and by positioning the airport as a destination on its own.”

Has Digital Photography Made Us Better Photographers ?

Wed Sep 2 , 2020
by Mr Vinay Swaroop Balla The evolution of technology from film to digital photography has been a major topic of debate in the photography community. I still remember the time when digital photography was a new frontier, one that excited many photographers and made many others skeptical. Over the years, […] 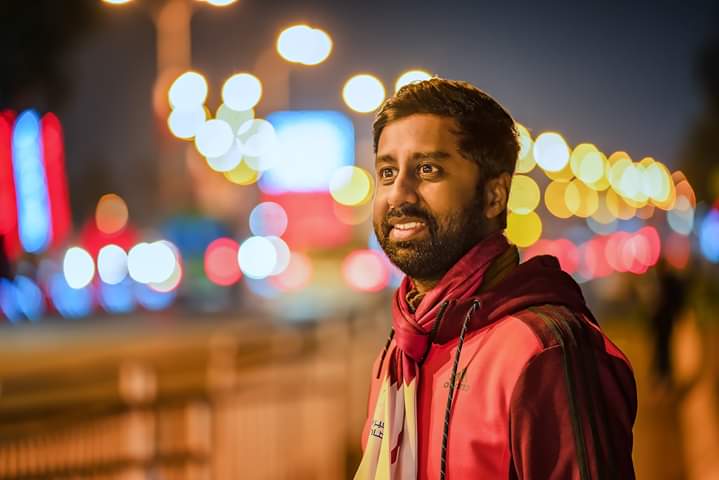