Doha: Supreme Committee for Crisis Management has announced that it has been decided to split phase four into two phases. The first phase will begin on 1 September.

“The Supreme Committee for Crisis Management thanks both citizens and residents for their commitment to adhering to the precautionary measures to combat Coronavirus (COVID-19), which has contributed to limiting the spread of the virus.

As the State of Qatar moves on to phase four, it is important for the community to continue to follow procedures to ensure that efforts are successful and the nation can fully reopen,” a statement said.

Based on Qatar’s public health indicators and the Coronavirus (COVID-19) infection rate in the community, it has been decided to split phase four into two phases. The first phase will commence on 1 September, and the situation will be assessed on an ongoing basis, including the re-imposing and/or lifting of some restrictions based on developments mid-September. The second phase will commence at the beginning of the third week of September.

The first phase will include the following:

• Reopening of all mosques in the country to perform daily and Friday prayers, provided that precautionary measures are followed. Toilets and ablution facilities remain closed.

• Continuing to follow the Council of Ministers’ decision, which limits the capacity in workplaces to a maximum of 80% of employees in both the public and private sectors.

• Allowing gatherings of a maximum of 15 people indoors and 30 people outdoors.

• Allowing weddings with a maximum of 40 people indoors and 80 people outdoors, provided that precautionary measures are followed, including activating the Ehteraz application, maintaining a distance of two meters between tables with a maximum of 5 people per table, and avoiding handshakes and kisses while greeting. Individuals holding parties at home as well as managers of wedding venues are required to keep records of the contact information of all invitees.

• Opening of cinemas and theaters with a capacity of 15%, provided that precautionary measures are followed and that only people who are 18 years and above are allowed entry.

• Allowing local exhibitions with a capacity of 30%, according to the procedures which will be announced by the National Tourism Council.

• Resuming metro and public transport services with a capacity of 30% according to the procedures which will be announced by the Ministry of Transport and Communications.

• Continuing to allow personal boats and yacht rentals with a capacity of 30%, including boat workers.

• Continuing the operation of driving schools with a capacity of 50%.

• Continuing the suspension of summer camps as well as the use of sports equipment in public parks.

• Allowing audiences to attend sporting events with a capacity of 20% indoors and 30% outdoors, according to procedures which will be announced by the relevant authorities.

• Continuing normal working hours at malls while keeping capacity to 50%, and opening food courts in malls with a capacity of 30%. Allowing children to enter malls.

• Allowing the increase in restaurant capacity starting with 30%, according to the procedures which will be set by the Ministry of Commerce and Industry.

• Allowing souks to operate with a 75% capacity and raising the capacity at wholesale markets to 50%.

• Allowing museums and public libraries to operate in full capacity and normal hours provided that all precautionary measures are followed.

• Continuing the suspension of home services of beauty, barber, massage and fitness training.

• Continuing the work of private education and training centers at a capacity of 50%.

• Resuming cleaning and hospitality services in workplaces at a capacity of 30% as well as allowing the resumption of these services at homes.

“The Supreme Committee for Crisis Management emphasises that the evaluation of lifting further measures depends on the cooperation of all and the commitment to following precautionary measures, including wearing masks while outside, washing hands, maintain a safe distance, and activating the Ehteraz application,” the statement added.

Thu Aug 27 , 2020
OMEGA is a proud partner to Nekton, a not-for-profit research foundation committed to the exploration and protection of the world’s oceans. To honour the work of Nekton, OMEGA produced this 42mm Diver 300M. A Seamaster on a mission to save the seas.Brave explorers. Meaningful partnerships. Classic, purposeful tool watches with […] 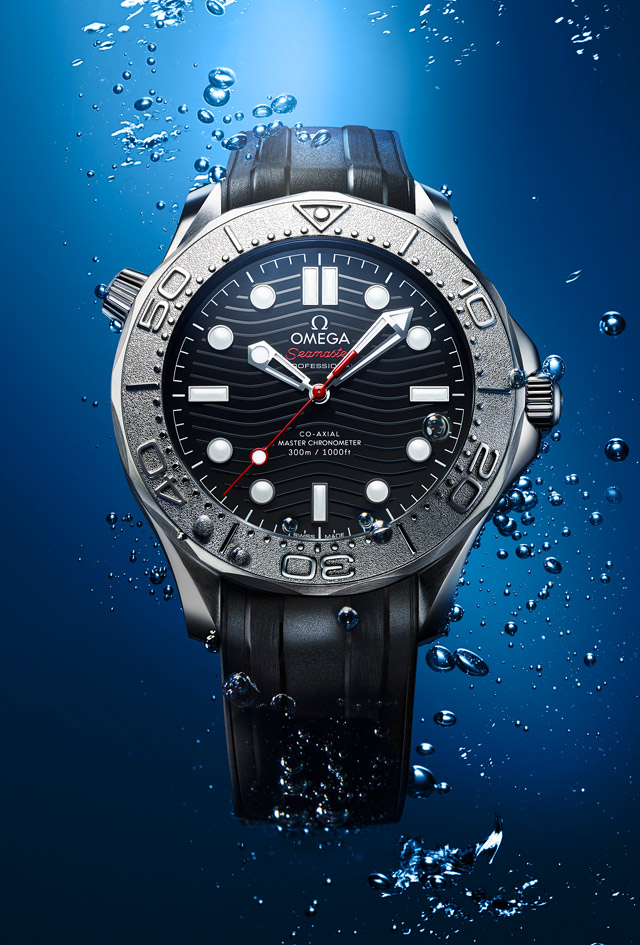