Doha: The Cultural Village Foundation – Katara adds another fresh offering in its already rich lineup of exciting events and activities with yet another first.

Katara has announced an open invitation for those interested to join in the inaugural International Handicrafts and Traditional Products Cultural Market slated to run from November 1 this year to February 28 next year. “If you are an enthusiast of heritage and handicrafts, we invite you to participate in the first edition of the International Handicrafts & Traditional Products Cultural Market,” posted Katara on its social media accounts.

All participants from overseas shall bear the expenses of taking part in the cultural market, the organizers added. They stressed that the participants should join with handicraft products which must be handmade using natural materials. Registration is now open and runs until October 15. For more information, interested parties may send email to: eisa.almuhannadiakatara.net or call: 66136130.

Katara recently announced it will host the inaugural edition of Katara International Arabian Horse Festival, adding to the diverse slate of festivals the renowned cultural hub hosts every year. In preparation for this festival which is scheduled in February next year, Katara has organized a design competition to come up with the logo which will be used for the event.

Katara has been organising a variety of festivals aimed towards reviving important cultural traditions such as the Katara Traditional Dhow Festival, Katara Oud Festival, Mahaseel Festival, and Halal Qatar Festival, to name a few.

Mon Oct 5 , 2020
The Peninsula Online Dr. Abdullatif Al Khal, Chair of the National Health Strategic Group on COVID-19 and Head of Infectious Diseases at Hamad Medical Corporation, confirmed today that the Ministry of Public Health is in advanced negotiations with a number of international pharmaceutical companies to procure a COVID-19 vaccine as […] 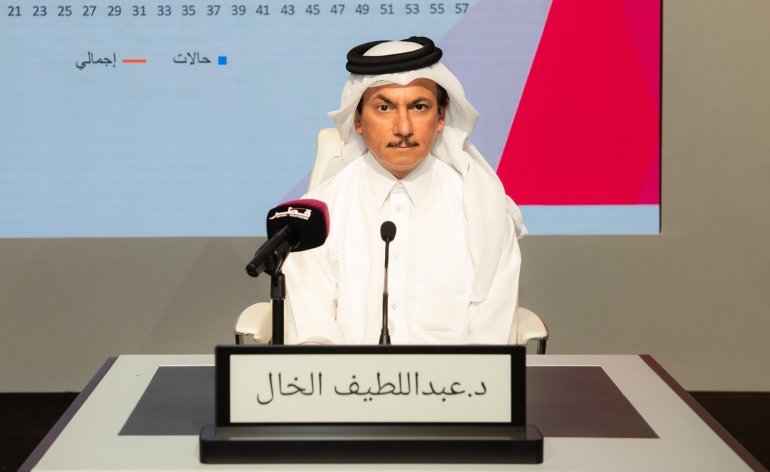