Newly opened museum: The National Museum of Qatar, designed by French architect Jean Nouvel, is inspired by the shape of a desert rose.On the edge of the Doha Corniche, a 40,000-square-meter “desert rose” has bloomed.It’s been delayed by more than two years, but the new National Museum of Qatar finally opened March 28 and is another stunning new architectural highlight along Doha’s already spectacular waterfront.Designed by Pritzker Prize-winning architect Jean Nouvel, who was also behind the Louvre Abu Dhabi, the $434 million building is a sprawling array of curved discs, cantilevered angles and surprising intersections, and was inspired by “desert rose” crystal clusters which form in the Qatari desert.Celebrity guests at the lavish opening ceremony included Johnny Depp, Naomi Campbell and Victoria Beckham. The UK Times calls it “the most extraordinary building of the decade,” the Financial Times describes it as “a desert rose of mutant scale,” while The Guardian wonders if this “eye-popping creation” is “too extravagant to fill.”So what lies inside this masterful new mega-museum?

The museum narrative flows through the spaces just like the architecture of the building itself. Presented in 11 galleries, it’s a 1.5-kilometer journey through three “chapters” of Qatari history: Beginnings, Life in Qatar, and Building the Nation.It’s an impressive marriage of past and present. Inside this futuristic shell the museum’s centerpiece is the newly restored palace of Sheikh Abdullah bin Jassim Al Thani — son of the founder of modern Qatar.

From the creative minds behind the Louvre Abu Dhabi comes the new National Museum of Qatar.Iwan Baan/National Museum of QatarIts evolution began some 700 million years ago when the peninsula started to form. Through the ages parts of it were landlocked and others underwater, before it eventually surfaced into what Qatar is today.Set the time traveler’s clock on extreme fast-forward to the 19th century and Qatar has assumed a special place on the British trading map. Zubarah, on the northern coast, was an ideal stopover on the way to Britain’s Indian colony.Today, the UNESCO World Heritage site at the now-abandoned Fort of Zubarah gives an insight into the lives of the Qatari people in centuries gone by.Related contentDoha’s most over-the-top hotel suitesatar’s capital Doha is one of the world’s most modern cities, but the ancient ruins of the once-powerful city of Zubarah show a different side of the country.

The pearling industry sustained the lives of many of Zubarah’s citizens — mostly Bedouins and Hadar — and the museum celebrates Qatar’s long maritime tradition with an exhibit on the hand-built wooden dhows that were once so central to fishing and trading.Visitors can also see the 19th-century Pearl Carpet of Baroda, embroidered with more than 1.5 million Gulf pearls and adorned with emeralds, diamonds and sapphires.The nation’s fortunes changed when it first struck oil in 1939. Then came natural gas in the 1970s. In 1995 things really started to rev up. That’s when Sheikh Hamad bin Khalifa Al Thani seized power and turned the country into the economic powerhouse it is today.But as Qatar races towards the future — how can the past and present be captured? The NMoQ’s Senior Museum Development Specialist Karen Exell explains.”Partly the remit was to try and make a connection and get this young generation [of Qataris] engaged in these industries so that they understand where their life comes from now,” says Exell.atar is becoming a leading hub for arts and culture in the region. Qatar’s museums and art are inspiring a whole generation of artists.

Qatar’s place in the world

But how do you make what’s largely an industrial story about oil sound, well, tantalizing?The answer is art. The museum has commissioned pieces from local and international artists, both well-known and emerging, to tell the story.  There’s a piece by Qatari artist Ali Hassan in the ground floor public entrance, a work by Qatari artist and arts patron Sheikh Hassan bin Mohammed bin Ali Al Thani at the entrance to the galleries, and a sculpture by Iraqi artist Ahmed Al Bahrani in the outdoor space known as the Howsh, or caravanserai.”Artists bring a completely different perspective”, says Exell. “They interrogate things that you might not do in a more traditional approach.”

Dutch photographer Iwan Baan has taken photos of the museum’s intriguing new spaces.Iwan Baan/National Museum of QatarThat range of artists from different parts of the world telling Qatar’s story through their own lenses is in its way reflective of Qatar. There’s diversity in the people who live here and those who pass through here too. One of the biggest themes the new museum is trying to capture is Qatar’s place in the world and its connection to it — past and present.Immersive storytelling is key to the museum’s approach: video, audio clips and tactile techniques. Scents are even used: There’s coffee (Doha has an unbridled passion for it), the popular, sweet woody smell of oud, as well as oil and gunpowder.Related contentBanana Island: Luxury paradise off Doha coast

The desert rose is also known as “sand rose” and “rose rock.”Alusruvi/PixabayThere are cafes, restaurants and a museum shop — but also a 220-seat auditorium and an artificial lagoon.French artist Jean Michel-Othoniel has also created a special installment for the museum. If you’ve come through Hamad International Airport you’ll already have seen his spectacular “Cosmos.”He’s delivering something just as impressive here: 114 individual fountains set within the lagoon, with their streams designed to evoke the liquid flow of Arabic calligraphy.In the museum park there is a sculpture by the Syrian artist Simone Fattal, “Gates of the Sea,” inspired by the petroglyphs found in Qatar at Al Jassasiya.The building itself is an incredible architectural achievement, with its roof made up of 76,000 panels fitted perfectly together in a sort of jigsaw of discs.The desert rose which inspired it is a natural phenomenon where crystal clusters form under the right arid, sandy conditions. Like a human fingerprint, each rose is unique.Qatar might be known for its oil and natural gas but much like the desert rose, it too is finding its individual place in the world.National Museum of Qatar, Museum Park St, Doha, Qatar; +974 4452 5555

3 thoughts on “National Museum of Qatar !”

Wed Sep 2 , 2020
While 2020 may be a relatively quiet year in the world of yacht racing, with extensive event cancellations across the globe, the sport has had a notable year for high-profile luxury watch partnerships. The latest of these comes from Panerai, which has renewed its partnership with renowned Italian sailing team Luna […] 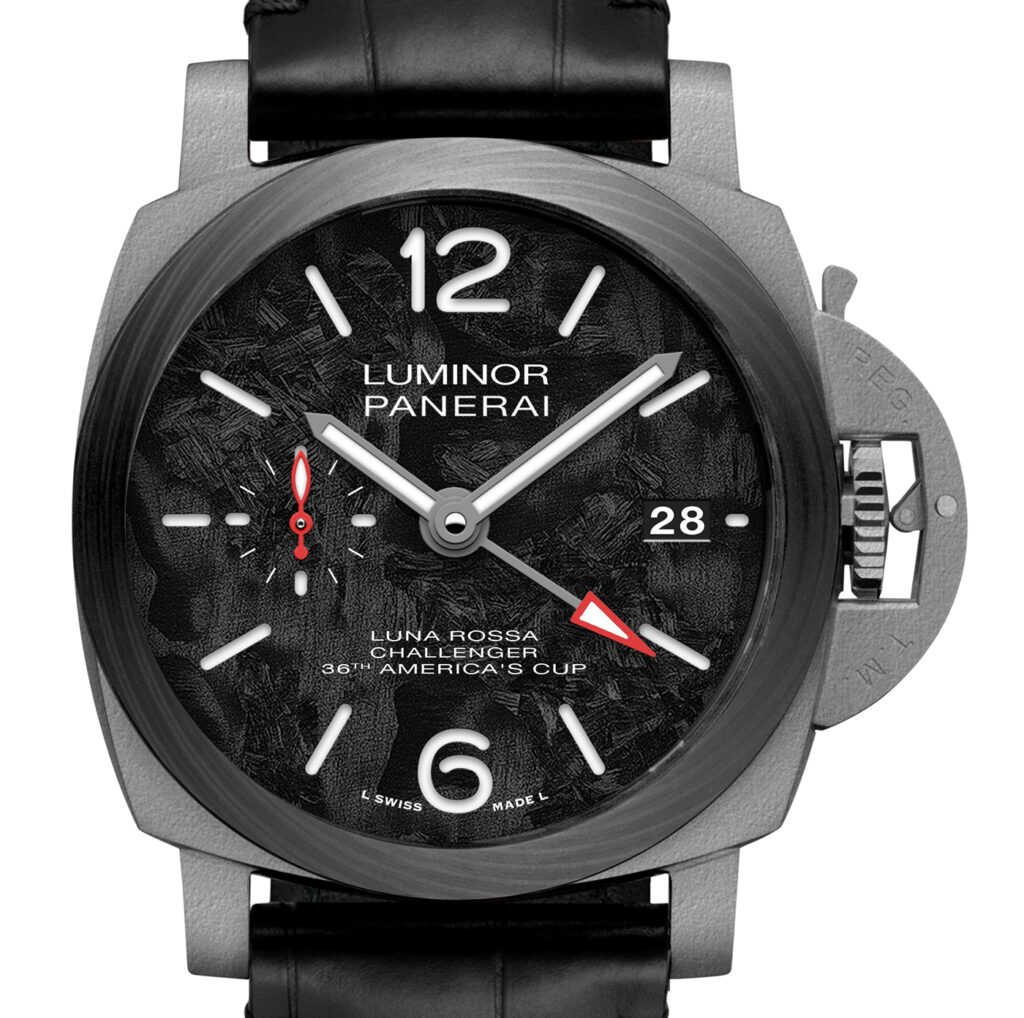